Patch testing in patients with alopecia areata: a case-series study

Copyright: ©2022 Kyrmanidou et al. This is an open-access article distributed under the terms of the Creative Commons Attribution-NonCommercial License (BY-NC-4.0), https://creativecommons.org/licenses/by-nc/4.0/, which permits unrestricted noncommercial use, distribution, and reproduction in any medium, provided the original authors and source are credited.

Authorship: All authors have contributed significantly to this publication.

Alopecia areata (AA) is a non-scarring disorder of the hair follicle and currently pathogenesis research is focused on determining the role, contribution, and interactions between each of the immune components involved. It has been previously reported that fungal infection, seasonal airborne allergens, and other allergens may contribute to the complex autoimmune pathways of AA [ 1 , 2 ] . Recently, allergy to dust mite was associated with time of onset and severity of AA [ 3 ] . Thus, and in order to examine a possible contributing role of allergic contact dermatitis (ACD) in patients with AA, we performed patch testing in patients diagnosed with AA in our clinic.

Thirty-one patients, 12 males and 19 females, aged 18 to 83 years, firstly diagnosed with active AA lesions (positive hair pull test) were eligible for inclusion. Patients with personal history of atopic dermatitis (AD ) and/or ACD were excluded from the study, to diminish possible bias effect. According to the International Contact Dermatitis Research Group guidelines, the European Baseline Series S-100 patch tests consisting of 32 allergens were performed as per protocol, after receiving informed consent from the participants. The interpretation of results was conducted in two consecutive visits, after 48 and 96 hours, to determine late allergic reactions. Two patients (6.4%, 2/31) were found positive towards nickel, 1 patient (3.2%, 1/31) had a positive reaction against methylisothiazolinone and 1 patient (3.2%, 1/31) was positive against the fragrance mix. Since there was no control group, we can only report frequency of ACD in patients with AA.

The hair follicle is characterized by immune privilege, which protects it from being exposed to immune recognition, especially during anagen phase of hair growth. Immune privilege collapse is considered as the starting point of an immunologic cascade resulting in AA. However, it remains unclear which is the triggering event leading to excessive release of INF-γ in the microenvironment around the hair follicle in patients with AA.

ACD is a disease with genetic predisposition that is phenotypically expressed after the patient’s exposure to certain environmental factors. INF-γ, among other cytokines, is secreted not only during the sensitization but also during the elicitation phase of ACD [ 4 ] . Furthermore, Attia et al. reported that in patients with alopecia universalis tIgE serum levels were higher than in patients with other types of AA [ 5 ] .

In conclusion, we could not detect a difference in the incidence of ACD in our group of patients. We acknowledge the fact that the sample size is limited, and clearly state that larger studies are needed to clarify the precise ratio and investigate a potential role of ACD in the susceptibility and/or onset of the immunologic phenomena involved in AA. 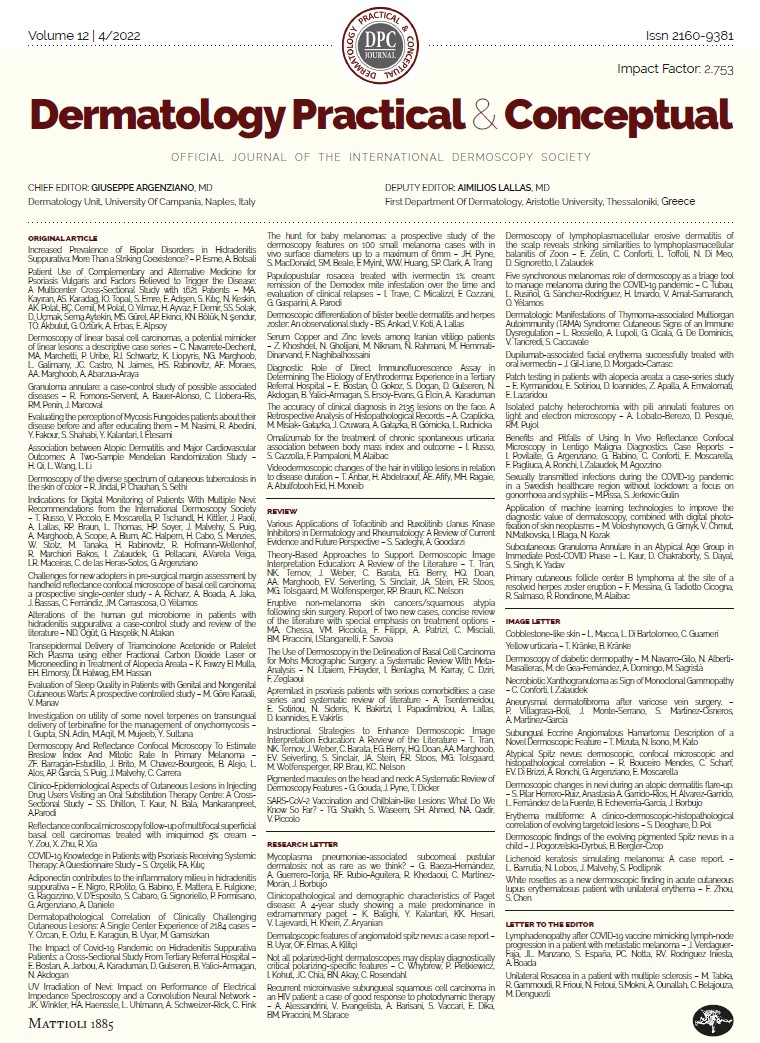